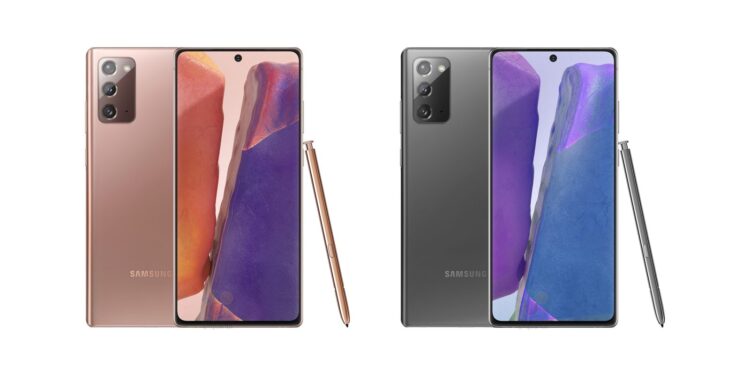 Samsung launched its most anticipated phone series Samsung Galaxy Note 20 series in Galaxy Unpacked event. The Galaxy Note 20 Ultra was the phone that could compete with any smartphone in the market with top-notch specs. The device became the first to introduce some specs too.

However, Galaxy Note 20 has a bunch of compromises if we take a look at both of them. But, having compromises makes the device completely worthless of its budget? Stay with us for 5 minutes, read this article, and tell us your opinions in the comment section below.

The base-variant for the Galaxy Note 20 series; Note 20 is a comparatively smaller device with some compromises if we compare it with Note 20 Ultra. The device has a dimension of 161.6 x 75.2 x 8.3mm. If we look at the thickness, this device is slightly thicker (by 2mm) than Note 20 Ultra. An AMOLED display is used with a resolution of 2400×1080. The refresh rate of the screen is limited to 60Hz while it is 120Hz on the Ultra. The new Gorilla Glass 7 protects the screen of this device making it more drop and scratch-resistant. I didn’t mention real panel is made up of plastic, did I? Yes, it is made up of plastic. Will you spend $1000 on a plastic back phone? Don’t forget to give your answer in the comment section.

Samsung Galaxy Note 20 comes with the same processor as Ultra; Qualcomm Snapdragon 865+ for North America, China and South Korea while Exynos 990 for the rest of the world. Being the latest flagship processor, it gives better performance than most of the flagships out there. However, the device comes only with the 8GB RAM and 128GB UFS 3.0 storage. Unfortunately, there’s no support for microSD support in case 128GB isn’t sufficient for you.

Now, let’s talk about the cameras in the Samsung Galaxy Note 20. On the similar rectangular module as of Note 20 Ultra, three cameras are placed. There’s a slight change as the 108MP camera is gone and the 12MP camera sensor is made the primary camera. One more change is made by entering a 64MP Telephoto lens. The ultra-wide camera is the same as the 12MP. The laser auto-focus is removed. The 50X zoom available in Ultra is also limited to 30X. The front-facing camera is a similar 10MP camera.

The camera also shoots videos in 8K. This time, it’s up to 24 frames per second and in a 21:9 aspect ratio. There is one more interesting feature ‘Pro Mode’ in videos. Using this feature, you can pick audio from the front, back, and even Bluetooth devices like buds.

Battery capacity is increased by around 800mAh from its predecessor to 4300mAh. However, it is 200mAh less than the Samsung Galaxy Note 20 Ultra. While other brands are pushing boundaries in fast charging, Samsung stepped back to 25W charging (charger is included in the box though). The device does support 18W wireless charging and reverse charging too.

Samsung has improved the S-pen and added more gestures. The new gestures for scrolling, opening apps, and system navigation are added. The latency of the S-pen has also been reduced drastically to give real pen writing experience.

Talking about software, Samsung Galaxy Note 20 ships with OneUI 2.5 on top of Android 10. The newer and lighter OneUI 2.5 is expected to be more smooth and battery-friendly than OneUI 2.0.

Samsung Notes will now be able to sync to Microsoft’s OneNote later this year. Note 20 series will also be more compatible with the ‘Your Phone’ feature in Windows. Using this feature, users can easily sync their devices in the windows and copy pictures, run apps, and even make calls and send messages. As per Samsung, users will be able to run multiple apps on the Windows desktop later this year.

The device is IP68 water resistance certified. As far as the sensors are concerned, the Samsung Galaxy Note 20 comes with Ultrasonic fingerprint, NFC, MST, Bluetooth 5.0, and 5G Sub6/mmWave as of Note 20 Ultra. Yes, there’s no headphone jack on this device too.

By pre-booking these Samsung’s Note 20 devices, you can enjoy attractive exclusive offers. If you preorder any Note 20 device, you can choose any one from the following.

Not limited to this, pre-ordering will also let you obtain;

So, are you planning to pre-order Samsung Galaxy Note 20? If yes, let us know in the comment section. 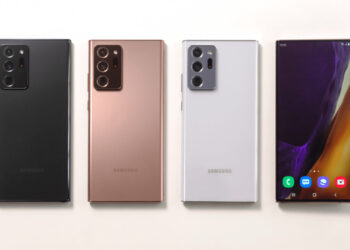 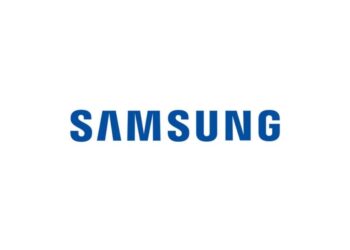 Xiaomi Smartphones Price in Nepal [May 2021]