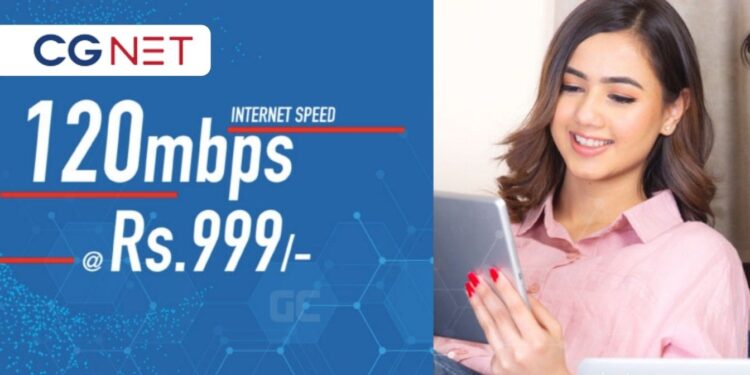 Chaudhary Group (CG), Nepal’s one of the biggest corporate houses has introduced its new Internet Service Provider (ISP), CG NET with the best package among the ISPs in Nepal. The company is offering the highest, 120Mbps Internet plans at an unbeatable price in Nepal.

After continuous unsuccessful attempts to get a unified license from Nepal Telecommunication Authority, CG Communications Limited has shifted focus to cable internet and come up with CG NET which claims to provide the fastest internet at the cheapest price.

The above-mentioned isn’t the only amount you’ll need to pay while making a new connection from CG NET. You’ll also have to pay a certain amount based on the package you choose.

The installation charge and drop wire charge are free for all 1 month, 3 month, 6 month, and 12-month packages. There is a refundable deposit of Rs. 500 you’ll need to pay.

The ISP is now providing services to selected places in Kathmandu valley i.e. Jawalakhel, Jhamsikhel, and Harihar Bhawan area, and has said to expand its services to more areas soon. To know about its coverage, visit this link.

This MBps vs Mbps debate has been firing in social media these days. Many social media users are getting confused between these two. So, I’m going to tell you exactly what this is and what does it mean in Internet Packages.

Via Internet, data is transmitted in bits. Bit basically means binary digit that consists of either ‘0’ or ‘1’. 8 bits make one byte. When 1024 bits of data can be transmitted in 1 second, the speed is said 1 Kbps or ‘1 kilobit per second’. 1 Mbps stands for ‘1 megabit per second’ and equals 1024 Kbps.

I know it’s confusing between terms. So, I’m going to present it in the following table for better understanding. The data in a row of the table is equal.

Is speed provided by CG less than other ISPs?

No, it isn’t. Actually, all the ISPs advertise their plans in Mbps (Megabits per second). So, if you are subscribed to 30Mbps package of any ISP, the speed provided by CG NET on its 120Mbps plan is 4 times faster than your current plan, at least on paper.

So, don’t get confused with the posts and explanations given on social media. CG NET is actually providing faster internet than your current ISP.